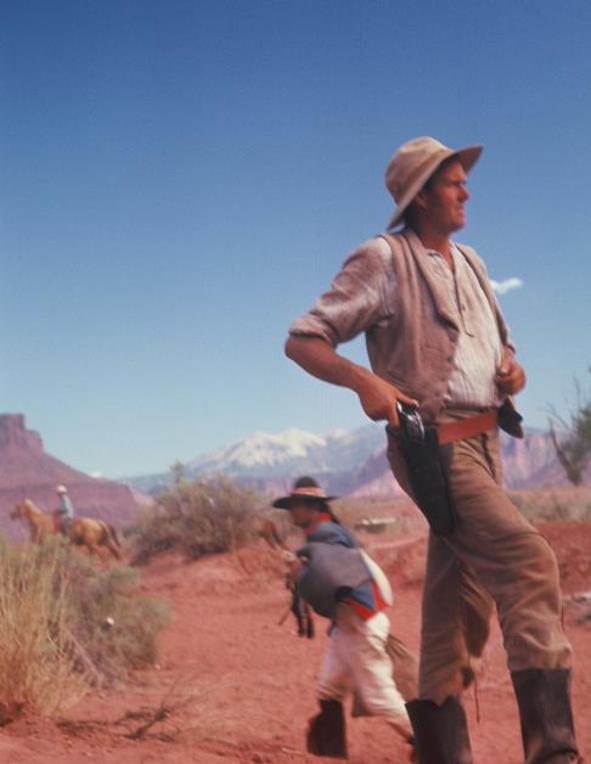 "Instead our next excursion was under the wing of lanky Lin Ottinger, who with his gapped teeth, wispy white hair, and "International Tesla Society" cap looks like exactly what he is: a septuagenarian uranium prospector, rock hound, and desert coot. We spent a full day with him as he showed the kids how to crack open rocks to find fossils and how to crawl to the edge of vertigo-inducing cliffs. He also -- repeatedly -- showed us how he could take both hands off the wheel when he wanted to emphasize what he was saying as he sped along a dirt road next to a 500-foot drop. He had celebrated his most recent birthday, he told me, by buying a kind of ultralight aircraft that he calls a "powered parachute" and learning to fly it without taking any lessons but, rather, just circling 2,000 feet above Moab."